Skip to content
Fitness lifestyle of Indian people- Hi everyone,If you already know me before this blog seems wonderful otherwise here I am to tell you the glimpse of me before starting to write my first blog.I am Pooja Birla working as a professional model(freelancer) and an Instagram influencer love to travel,
fitness enthusiast,love singing and love to help people in their tough times.Talking about the fitness lifestyle of india,
Indians ‘think’ a lot about fitness but do much less about it. Out of many who join the gym more than half will fall out in a month and another one third within three months. That is why the short term subscription rates are also high in the gyms. But, I do not think it is unique to Indians alone. It is applicable to all because that is human psychology – to get maximum benefit with least effort!

In terms of health and lifestyle,India is first world nation which has lot of diseases on rise

According to world health organization,India has the highest number of diabetics at 50.8 million,
though only 11% of population is living with health insurance.This number can be increased to 73.5 million by 2025. Lifestyle diseases like diabetes,asthma,hypertension,respiratory and cardiovascular as well as cancer are on the rise in India. 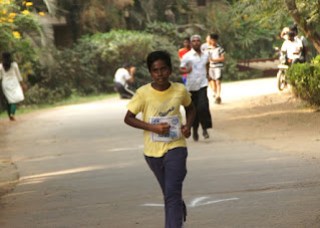 25 million people in India suffer from cardiovascular disease which is 60% of global figure.People are living in overcrowded areas and bad living conditions get them stressed and lead to coronary heart diseases as well as cancers.(
Fitness lifestyle of Indian people) 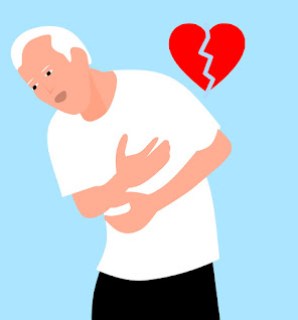 According to the survey of National sample survey office (NSSO) conducted in 2012,Only 32% of rural households have their own toilet at home.You will be surprised to know that there were more houses with mobile phones than  toilets.
Infact the percentage of having access to telephones and television in rural area is more than the percentage of houses with toilet was revealed by last census data.
Poor sanitation in india is the main reason people are unhealthy in india.This leads to high rates of malnutrition and loss of productivity losses.Children are affected more than the adults as they have less immunity cells to fight with the disease.
According to world bank estimates India losses worth roughly 6% of its gross domestic product (GDP) by raising the disease burder in the country due to india’s sanitation deficit.
About 48 % of children in india are suffering from malnutrition.According to the UNICEF diseases such as diarrhea and respiratory infections are the main causes for child deaths in India.

Why do people in the west have more fit physique compared to Indians?

Many of us have this question because 80% of Indians doesn’t have healthy and shaped body.They don’t even care about the fitness,is this because of our diet? Yes,diet is one of the prime reason including some other reasons.(fitness lifestyle of indian people)

One of the most important reason is that the economic ability of the family.Many developed nation have a diet of high protein,nutrient-rich and low carbs.During ancient times,people were eating food like meat and fruits which eventually build a good body physique.But in India,most of the lower class and middle class families could not afford it(Now people are changing). They would buy a portion of meat and entire family will feast upon it.(fitness lifestyle of indian people)
Many people are vegetarian too so they would only rely on vegetable diet.Now this is not the scenario it’s not about lower class or middle class,infact lower class eat more healthy and costly than upper class.So nowadays nothing like lower and upper class.
Yeah in terms buying costly proteins or daily meat diet is not affordable but it has one mor3 face to this scenario,actually most of the Indian have thr habit of not thinking for health,diet before eating food.They prefer tasty food than healthy food.
The Indian typical food plate is the 60-70% rice or roti(carbs), 5-10% of veggies,5-10% of meat or curd(fat and proteins) Remaining is water,spices and oil.The carb:protein:fat ration is very much important for a good physique but unfortunately it is not balanced.
I hope this information will help to update your fitness knowledge of India.So in the next blog we will discuss about how to maintain our fitness lifestyle.
To know more about my fitness life you can connect on Instagram.